We slept in a bit this morning and got up at 6:30. We started the day by riding out to Mount Saint Helens. It was absolutely stunning when we got the first glimpse, and it just got more and more breathtaking everytime we would come around the mountainside and we would be a little closer to it each time. When we finally made it to the Johnston Ridge Observatory at the end of the road, it was just incredible. 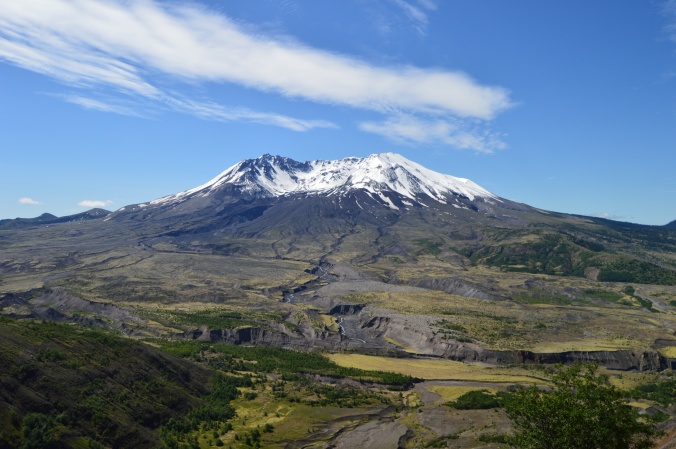 Once we got back on I-5 heading South towards Portland, things got more and more tense the closer we got to Portland. There were people driving like idiots everywhere. They were weaving in and out of traffic, and Dwayne and I were both on the verge of a nervous breakdown by the time we made it to the Historic Columbia River Gorge road. The one bright spot of our ride around Portland was seeing Mount Hood off in the distance. I wish we could have gotten a picture, but after we got off the freeway we never had a good view of it again.

Once we got to the gorge, we stopped at a restaurant we had seen on Diner’s, Drive-in’s, and Dives called “Shirley’s Tippy Canoe” to calm our nerves and fill out stomachs. The food was decent, and Shirley herself came out and talked to us for a bit, so that was neat. I had the Halibut Seafood Melt, which was on special, and it was pretty darn good.

When we were done eating, we slowly made our way across the gorge, sitting in long lines of traffic at times. We were able to see a few of the beautiful waterfalls though, and the drive itself was pretty, so it was worth it. 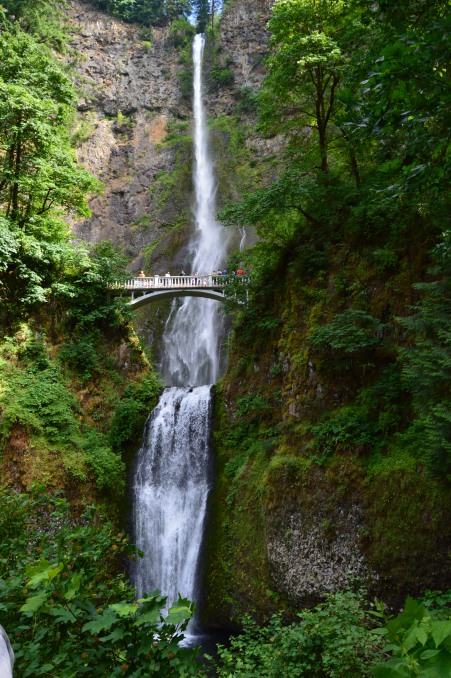 We ended up in The Dalles, Oregon for the night, and we decided that since the rest of our plans for the trip weren’t going to work out, we are going to head to Colorado and spend a couple of days there before heading home. It will take us a few days to get there, as we are going to take our time and do and see things at other places along the way. I am excited to go to the Rocky Mountain National Park this time, since we were ran out of Colorado by bad storms two years ago when we were there befrore we were able to make it to the park.