We woke up at 7am to thick fog outside our windows, which was concerning, as it was foggy until nearly 10am yesterday morning. We grabbed a quick breakfast and Dwayne had to run to Big-O Tires in town to get new wheel weights for his front wheel due to the ones the dealership put on when they installed his new tire a couple of weeks ago falling off unexpectedly.

Luckily, by the time we were ready to leave at 8:30, the fog had dissipated and we were welcomed to the open road by sunny skies and 69 degrees. We hopped on the interstate and headed towards Lexington, KY. About 15 miles before we got there we hit a wall of fog and cloudy skies. It went from perfectly sunny and 77 degrees to overcast with a misty fog and 71 degrees almost instantly. We honestly didn’t mind though, as the sun had been in our eyes, and the cool air felt good.

Past Lexington we hopped off of the interstate and took a mixture of state highways and back roads from there on out. At one point near the KY/VA line, we were on a road that we joked was nothing more than a glorified cow path, as it was extremely narrow and curvy and in the middle of nowhere, but man was it fun and beautiful!

We stopped a few times when the scenery was too pretty to continue without taking a picture, and a couple of other times to consult Google maps to ensure that we were going the correct way. 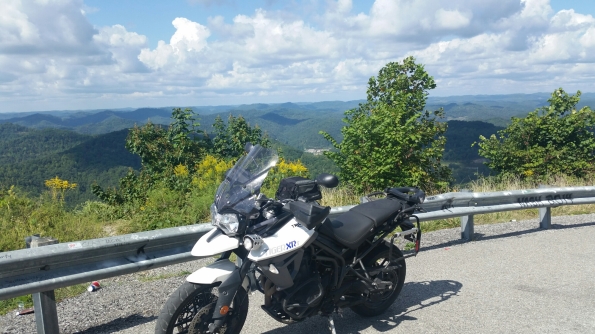 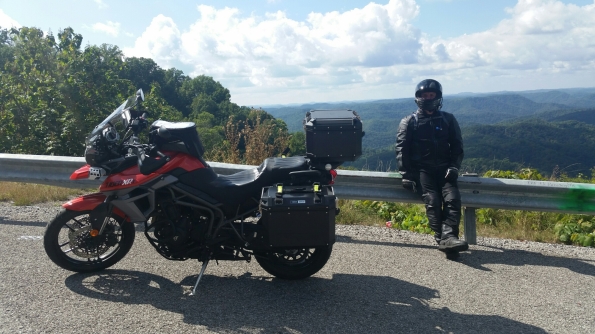 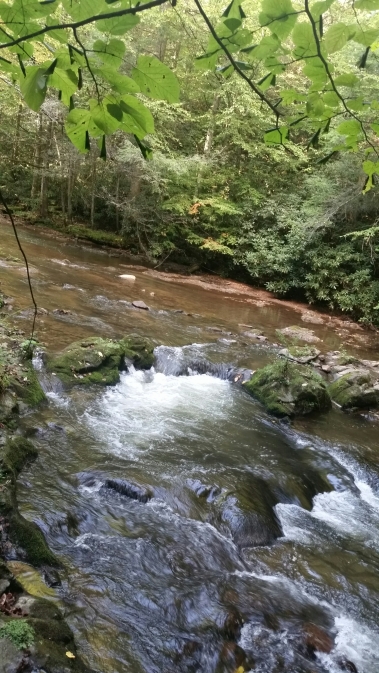 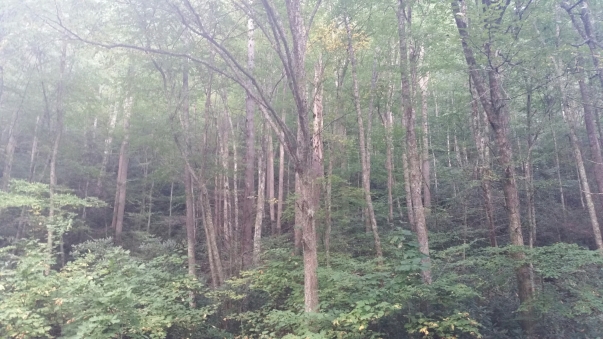 Eventually we made it to Blowing Rock, North Carolina, which will be our base camp for the next couple of days. We ate dinner at a delicious little place named Foggy Rock Eatery and Pub. I had their Trout, Trout, Trout, which is essentially trout three ways (blackened, parmesan crusted, and fried) and comes with incredibly delicious creamy rosemary roasted potatoes, they were my favorite part! Dwayne got the Green Bay Packers burger which had bacon and cheese and pulled pork with BBQ sauce on top and fries. Then we split a piece of “Death by Chocolate Cake” that was covered in chocolate and caramel ganache and syrup with whipped cream. It was sinfully good, but we both wanted to die afterwards 😂😂 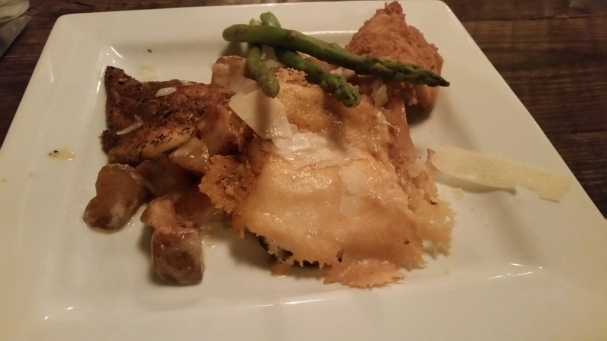 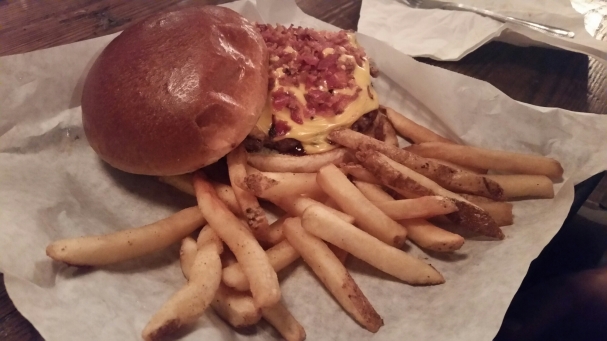 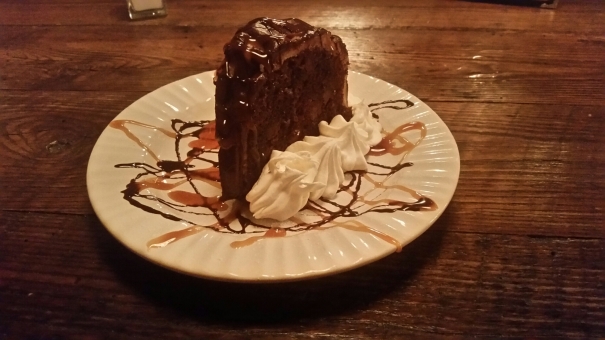 Tomorrow we will be riding so many great roads, including the Blue Ridge Parkway, and we plan to go up Mount Mitchell and to Little Switzerland as well. I can’t wait, it will be a great day!